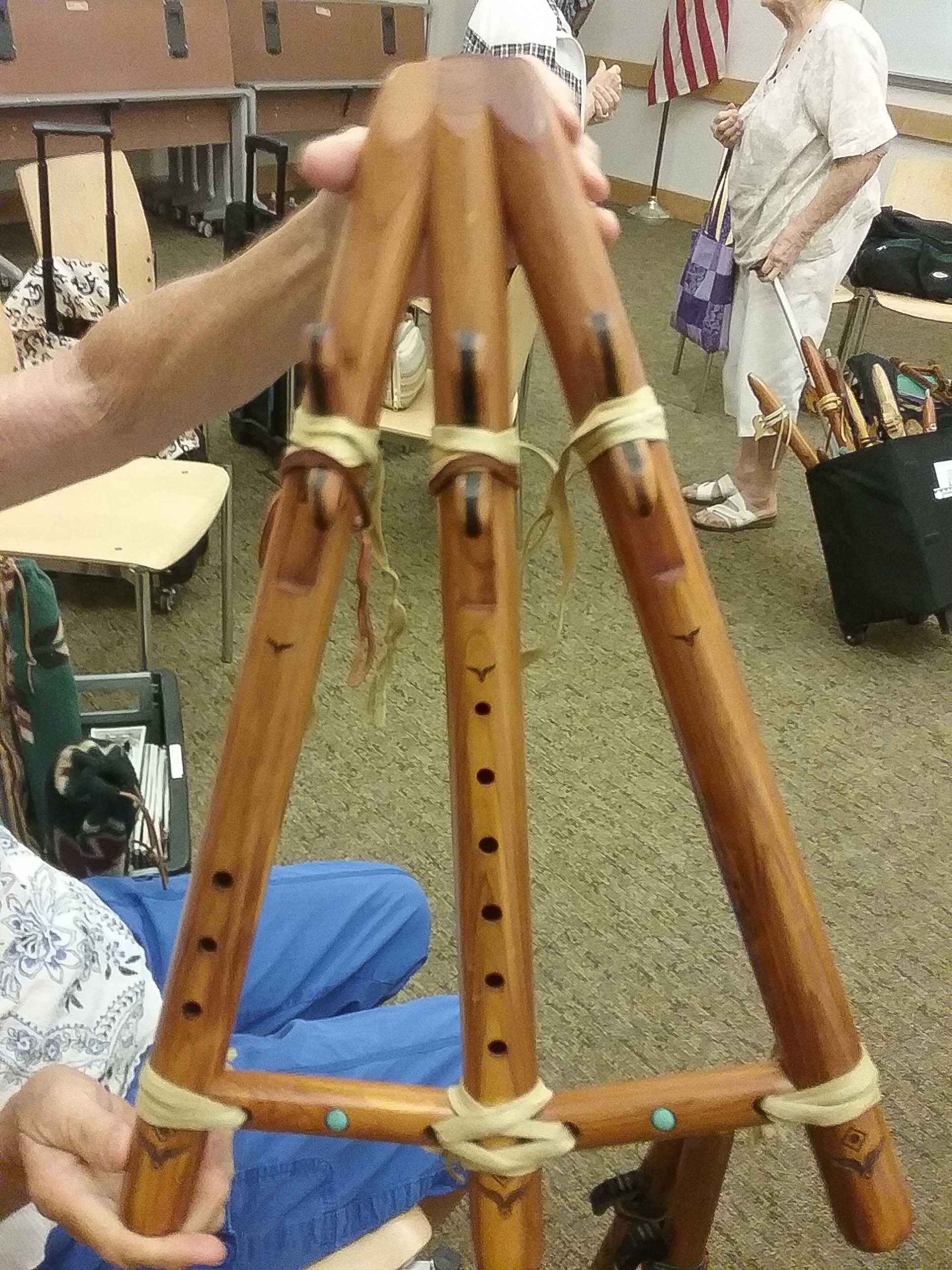 Have you ever played a Native American flute? The wood one not the medal we all known and heard. They are both every different by the size and how to use. In Yuma County Library District on Sept. 14 held an event for all ages to learn how to play the flute in Native-American tradition. They are as known as “A Flute Circle.” They all individually playing their favorite music then when they done warming up, they all play together like a band. They tell each other about their music and why they like it, their figure chat and other information out their passion. They also volunteer to play music at the Yuma hospital and at the cancer center. They mostly practice at the library every second Saturday. They teach how to play for beginners and show you some tips and it’s free.

The Native American flute is held in front of the player, has open finger holes, and has two chambers: one for collecting the breath of the player and a second chamber which creates sound. Native American modern flutes are made from wood that produces a different sound from conventional metal flutes.

Cathy Reeves is part A Flute Circle, she played music called Spirit Away and it was wonderful. The music was peaceful a lullaby to calm the mind and release some stress. She played an instrument called double native flute, which has two sound chambers that can be played simultaneously. She was trying show off to the spectators and made it look easy.

“The drone does have its moments,” said Reeves. “it requires a lot of breathing and I’m too old to keep up.”  She also has a triple flute, but she never played. She tried to play but she keeps running out of breath and used mostly on a single flute.

As to whether the flute makes a difference sounds depending on what type of wood. Most of them answered that they didn’t notice.  “It’s very sudden but it depends where you but your instruments,” said Brian Miller. “If you one from a music store and buy another from a different one, the toons will sound differently even if it is the same wood.”

“It is calming, peaceful and enjoyable to play,” said Miller.

If anyone wants to learn how to play, read or just listen to music, anyone can join at the age of fifteen or older. The flute can only buy online. You can contact Miller to join their circle on his email, bkmiller101@gmail.com.