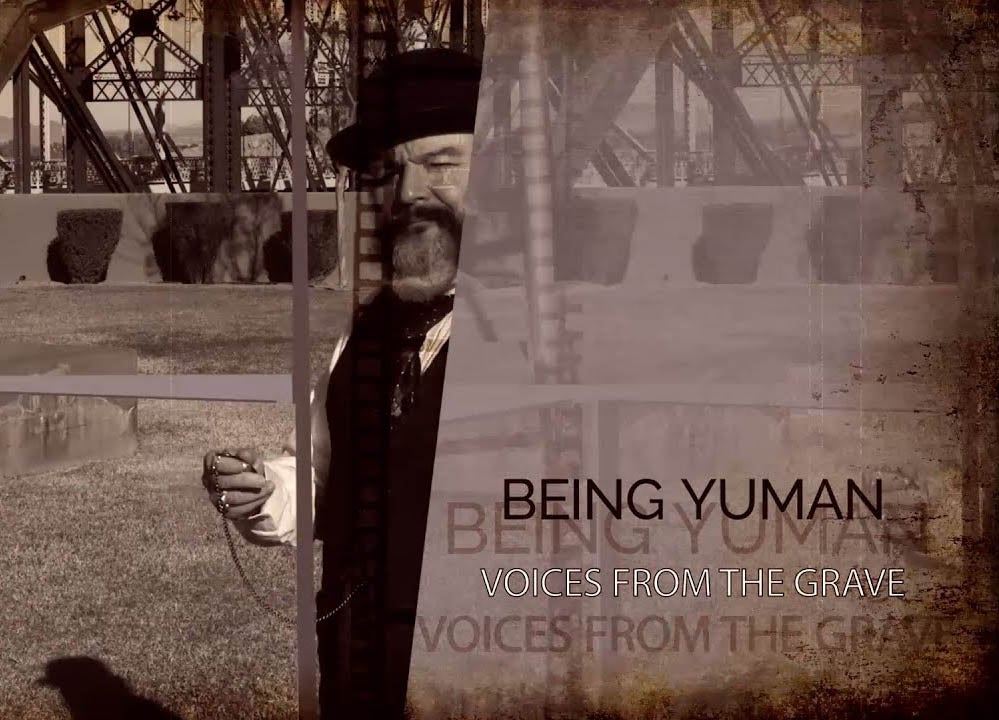 AWCTheatre has done it again, creating a dramatic production in video form for distribution on the Web during these trying times of social distancing.  Being Yuman, directed and written by Ann Wilkinson, tells the history of Yuma.

At the beginning, a friendly older man with a suit and heavy accent is describing Yuma – its location (it’s 20 minutes from the border with Mexico), its weather (it’s one of the sunniest places on the whole planet) and other interesting facts.

Another character, Eusebio is a serious man in the characteristic brown gown of a monk, who comes from a small mountain village near Trent in the Torval region of Italy.  Having been sent to a Jesuit College, his goal is to spread the word of God.  With very effective expressions, gestures and elocution, the actor tells Eusebio’s story, which takes him from Italy to Mexico and finally to the U.S.

Lukas Schipper, wearing a blue suit and blue hat, plays Major General Samuel Peter Heinzelmann, who grew up in Pennsylvania, graduated 17th in his class and went on to proudly serve his country.  From the Canadian border to Florida, Heinzelmann fought in the Mexican-American War, the Yuma Wars, the Cortina Troubles, and the Sliver War, and even had a ship named for him after World War II.  Of all the places he has traveled and lived, he has been Yuma has a particular fondness for Yuma, where he met fascinating people like Sara Bowman and Louis Yeager.

Jose Maria Redondo (played convincingly by Eddie Pinson), known as the father of the Yuma Territorial Prison, became wealthy in mining and irrigation in Arizona.  Born in 1830 in Altar Mexico, he was one of the men most involved in making Yuma known, even changing the name of the town from Arizona City.  At one point, he was the Yuma mayor and even a state legislator.

Scott Gambel played Nashville Frank Leslie, a U.S. Army scout, player, bartender, herder, miner, gunfighter and con man, known for his fringed buckskin jacket.  Leslie became famous in Tombstone, Ariz., for killing two men – supposedly in self-defense.  He married the widow of one of his victims eight days after killing her partner.  Following their split, Leslie shot and killed a woman he lived with in a drunken fit of jealousy.  He was condemned to life in prison but served only six years of that sentence.

This exciting video is definitely worth a watch, with great acting, visual style and sound quality. Especially engaging are the locations, including the Yuma Territorial Prison and the Colorado River, which take the audience on a journey to days gone by.