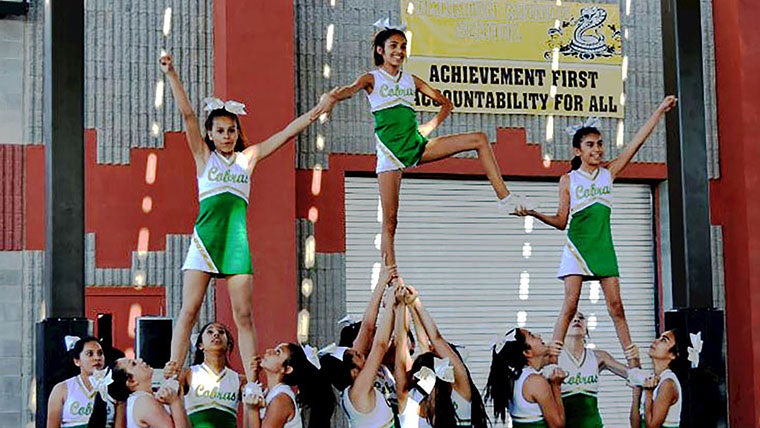 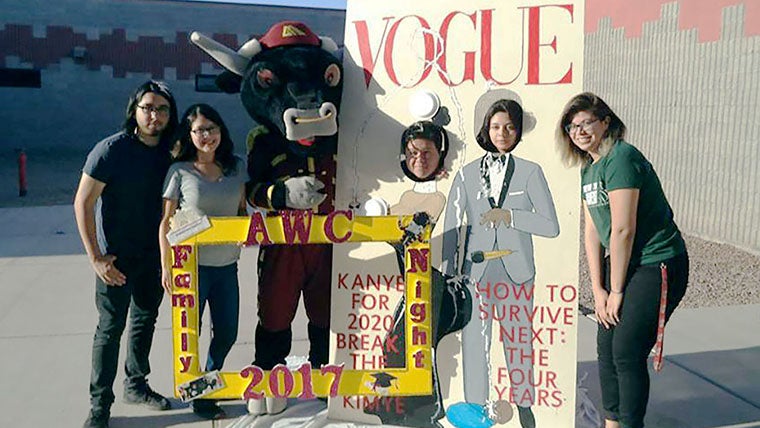 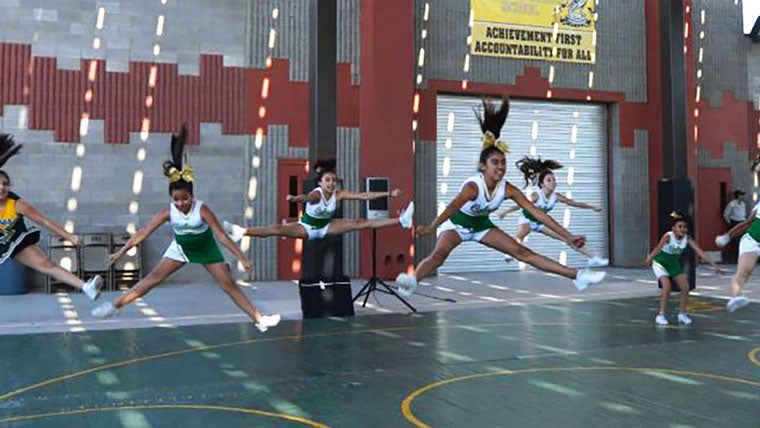 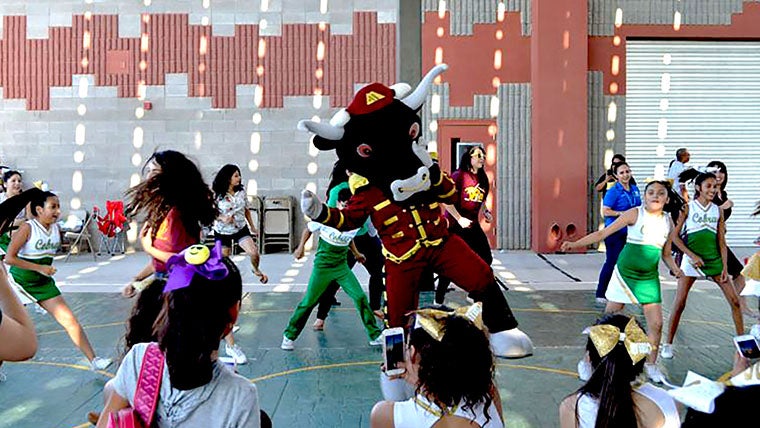 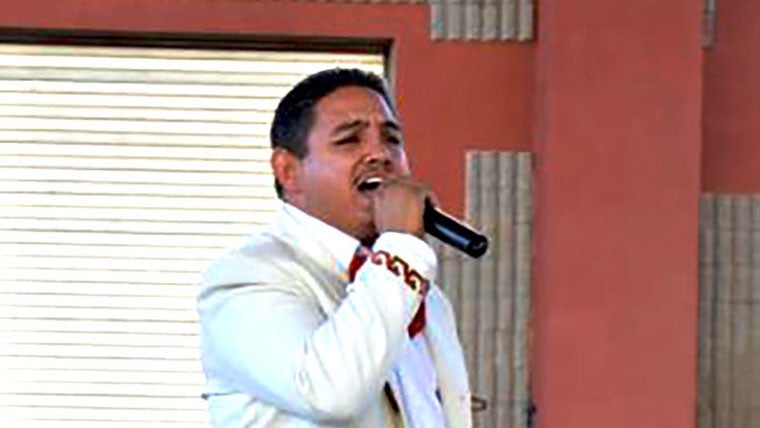 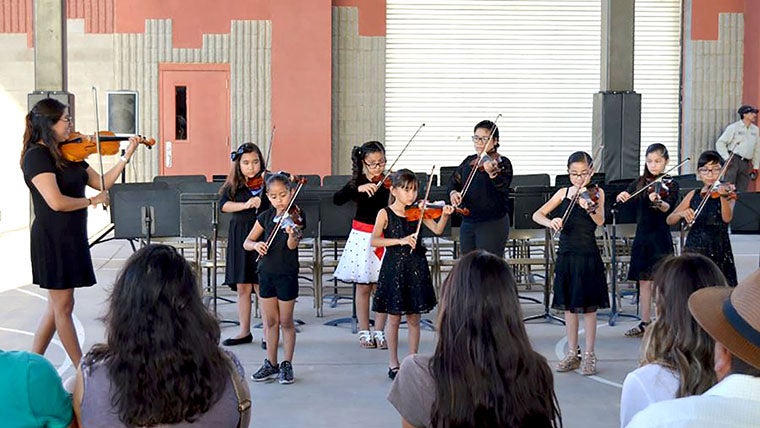 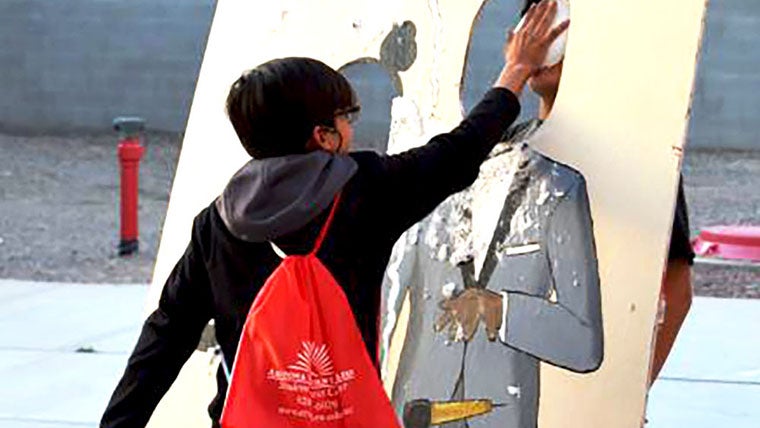 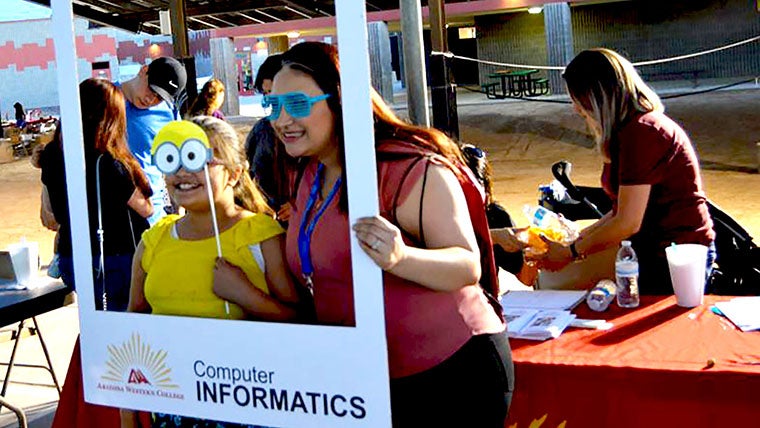 An unexpected rainstorm delayed the Somerton Family Night in March, but that didn’t stop it from happening. On April 19, the 4th annual Somerton Family Night once again welcomed clubs and organizations from Arizona Western College and the local community to collaborate on informing and performing.

The basketball courts at Somerton Middle School were filled with performances from local schools as well as booths from many organizations and clubs, including the Art Curiosity and Secrets club.

Admission was free, and so were the raffles to win items like board games, T-shirts and gift cards for gas, donated by local organizations. A lucky ACAS member ended up winning the board game “5 Second Rule,” which reportedly provided lots of laughs.

The night was kicked off with performances from the Orange Grove Elementary School and the Somerton Middle School cheerleaders with classics such as “Peanut Butter Jelly Time.”

After they played, the performers went back to their booths to sell treats like snow cones, ice pops and nachos.

The Somerton Middle School Chess Club played chess with anyone who dared to challenge them.

Organizations and clubs such as Campesinos Sin Fronteras and AWC Campus Life informed about their services while having activities like a bean bag toss and plinko.

ACAS did fundraising with a pie toss using a painted board of Kim Kardashian and Kanye West inspired by Kim’s infamous “Break the Internet” photo. The champagne in the original photo was swapped for milk that bounces off her cartoonishly large behind and drops onto their baby’s face, and 2020 presidential candidate Kanye West is pictured beside Kim carelessly dropping the microphone on their baby.

Brave members put their faces into the holes of the board taking on the role of either Kim or Kanye for anyone to toss a pie at and laugh at the creamed faces of the club members. Even if participants missed, they were all rewarded with free cookies.

During golden hour, singers, dancers, and band members were performing for proud family members, kids where earning prizes at booths, and parents ate huge carne asada tacos from Rotoract Club that immediately ran out because, according to one of their cooks, “They were just that good.”

The three main objectives for Somerton Family Night were to promote education, showcase students’ artistic and academic talents, and educate people about the services offered by organizations in the community such as English and parenting classes, Library services and programs to benefit kids.

“It was beautiful to see how working together can create a positive impact in our communities,” said Maria Guzman, an AWC Somerton Center Academic Advisor who organized the event. “We thank the City of Somerton, Somerton School District, Yuma County Housing Department, Somerton Adult Education and KOFA High School for their collaboration to make this wonderful event possible.”