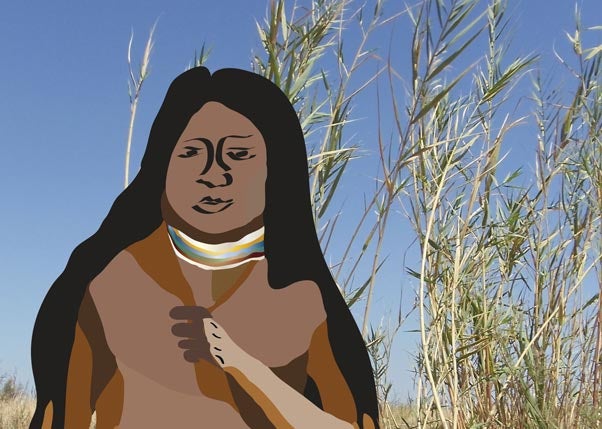 Rebellion at the Mission: The Yuma Revolt of 1781

In 1781, five years after American colonists declared their independence from England, an Indian tribe on the lower Colorado River launched a rebellion to achieve their own independence from Spain.  The revolt by the Quechan Indians, while costly to both sides, was ultimately successful.  It permanently closed Spain’s land route to California, and left a legacy which continues to shape the society of the Southwest to this day.

In March, 1780, Teodoro de Croix, general commander of the Provinces of New Spain, issued a set of instructions for the founding of two new missions on the Colorado River to aid in the conversion of the Quechan Indians, called Yumas by the Spanish.  These two missions, also referred to as pueblos, were to be staffed by a mixed force of soldiers, settlers, laborers, and four Franciscan missionaries.  Though the instructions outlined by Croix were exceedingly detailed, they were later sharply criticized for providing inadequate resources, particularly soldiers.  As Father Diego Bringas put it in his report of 1796-97, “The government thinks it is feasible to found establishments with police, law, and order among 3,000 Yumas with a force of only 21 soldiers who are 90 leagues away from all help.”  The two missions were Purisima (Immaculate) Concepcion, across the river from present-day Yuma, and Bicuner, some ten miles upriver.  The dramatic story of the revolt which followed has been well documented by historian Mark Santiago.

Among the four Franciscan missionaries assigned to the Colorado River missions was the accomplished explorer of Indian lands, Father Francisco Garces.  Father Garces had previously argued that the Colorado River project required a presidio, or fort, with a minimum of fifty soldiers, with ten extra troopers at each mission site.  In September 1780, Garces sent a dispatch to Croix warning that the Quechans, “already irritated by so many delays and evil influences… were becoming every day more restless and could not be controlled except by superior force.”  The padre accused two Quechans “of stirring up the whole tribe with such fatal influence that the rumor had already spread among the youths that on coming to the Rio Colorado, the fathers and the Spaniards were to be killed.”

The two new settlements imposed economic deprivation on the Quechans.  The livestock of the Spaniards devastated the planted fields of the Quechans.  The military commander at Yuma, Ensign Santiago Yslas, employed harsh methods.  He had a Quechan flogged for wounding a horse, and placed Ygnacio Palma, brother of Quechan leader Salvador Palma, in the stocks.  On June 19, 1781, when some twenty soldiers left for California, leaving only nineteen soldiers under the command of Captain Fernando Rivera y Moncada encamped across the river, the Quechans recognized that a military opportunity had arisen.

On the morning of July 17, 1781, Quechan warriors attacked the settlements of both Bicuner and Purisima Concepcion.  They killed over one hundred Spanish men, women, and children, enslaved the survivors, and destroyed the two settlements.  They clubbed to death the four Franciscan priests, and threw religious objects from the church of Purisima Concepcion into the river.  At a considerable cost in casualties among the Quechans, they surrounded, attacked and destroyed the military force under Captain Rivera’s command, and killed Rivera himself.  The Quechan leader Salvador Palma was later seen wearing Rivera’s military regalia.

From August to December 1781, the Spaniards launched military rescue and reprisal operations against the Quechans.  These forays, led by Lt. Col. Pedro Fages, who later served as governor of California, resulted in the rescue of 74 captives and the killing of at least 54 Quechans, plus the wounding of many others.  Though the war against the Quechans continued throughout 1782, the principal leaders of the revolt were never apprehended, and the Quechans once again controlled their own lands.  The Colorado River mission project had ended in failure.  The Quechan revolt closed Spain’s overland route to Alta California, leaving the province dependent on resupply by sea.  The Quechans, meanwhile, their lands and liberties restored, had reasserted control of their own destiny.  A tribe which had proven itself capable of resistance also retained the capacity to adapt to changing circumstances.

Jack R. Ferrell is Associate Professor of Sociology and chair of the Department of Arts and Sciences at NAU-Yuma.  He offers courses on violence, Latin America and stratification in the Bachelor of Sociological Studies program.