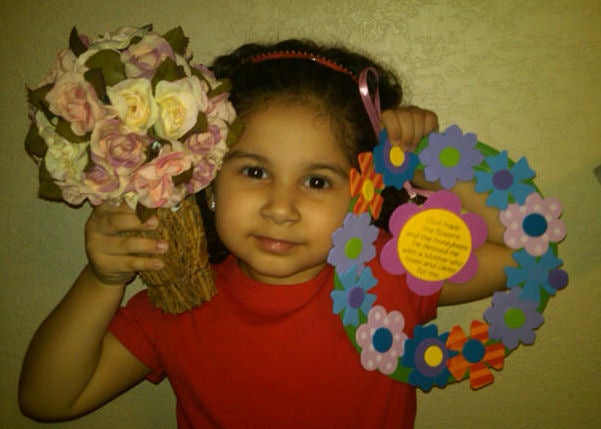 Mother's Day- a day of love and peace

Despite popular belief, Mother's Day was not conceived and fine-tuned in the boardroom of Hallmark, though it took less than a decade for the commercial aspects to take hold once the President made it a national holiday.

The earliest tributes to mothers date back to the annual spring festival when the ancient Greeks dedicated offerings to Rhea, the mother of many deities. The ancient Romans also made offerings to their Great Mother of Gods, Cybele. The early Christians began to celebrate this festival on the fourth Sunday in Lent in honor of the "Mother Church" with lavish decorations and flowers throughout the churches. In England the holiday was expanded to include all mothers and was called Mothering Sunday. The Puritans who came to America, however, banned all such fanciful holidays from their churches.

Mother's Day in the U.S.

A woman named Julia Anne Howe, disheartened by the death and bloodshed of the civil war, conceptualized the idea of mother's day in the United States in 1870 when she wrote a poem about mothers as advocates for peace around the world. Every year she funded a Mother's Day festival, but when she quit footing the bill the holiday quickly died out. The idea was planted into the minds and hearts of many Christians across the country, though. Ann Maria Reeves Jarvis, soon organized Mother's Work Day Clubs in five cities to raise awareness of poor sanity and health conditions. These clubs also treated Union and Confederate soldiers with neutrality while uniting their mothers who had been divided by the ugly war.

According to Wikipedia, Anna Jarvis, Ann Maria's daughter, held a memorial for her deceased mother on May 12, 1907. Anna Jarvis quit her job and devoted herself full time to the creation of Mother's Day, endlessly petitioning government leaders, business leaders, women groups, churches and other organizations. She finally convinced the World's Sunday School Association to back her, a key influence over state legislators and congress. In 1914, Anna's hard work paid off when Woodrow Wilson signed a bill recognizing Mother's Day as a national holiday. The United States celebrates Mother's Day on the second Sunday in May.

By the 1920's, Anna became embittered with the commercialization of Mother's Day, however. Jarvis said, "A printed card means nothing except that you are too lazy to write to the woman who has done more for you than anyone in the world. And candy! You take a box to Mother and then eat most of it yourself. A pretty sentiment." In 1923, Jarvis sued to stop a Mother's Day event, and in the 1930's she was arrested for disturbing the peace at the American War Mothers group. Both events were selling flowers for the holiday. But, commercialization spread like wildfires for this holiday and nothing she did could stop it. In the United States today, Mother's Day has become the biggest day of the year for sales of flowers, greeting cards and long-distance telephone calls.

Several countries already had existing celebrations honoring motherhood, but even their celebrations adopted the commercialism of the event.

What day is Mother's Day?

This year it does not matter what country you are from or what day has been adopted to celebrate the woman who gave birth to you, "Mother" is a word full of love. The most important thing is to cherish your mother and show her how much you love her. If your mother, unfortunately, is in a better world, remember she is always with you.

According to the National Restaurant Association, Mother's Day is now the most popular day of the year to dine out at a restaurant in the United States. Maybe Jarvis wouldn't mind giving your Mother a day away from the stove to enjoy with family and friends.