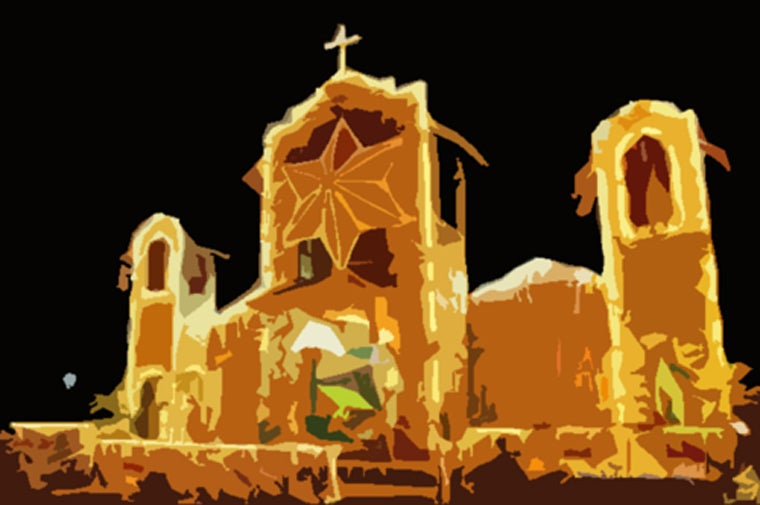 Christmas is one of the most recognized celebrations in the world – the most wonderful time of the year. For a few weeks the world is impregnated with the magic of Christmas. However, whether due to the culture of each country, its religion or its customs, Christmas celebrations are very different from each other.

In the U.S., the typical Christmas traditions are to decorate the house and put up a tree with the gifts underneath. According to the folklore, Santa Claus enters through the chimney and leaves more gifts on Christmas Eve.

Larry Franke, a 10-year resident of Yuma, says Christmas was very different during his childhood. Born in Las Vegas, he spent the holidays at home with his mother and grandparents, who made turkey and baked ham for dinner, and on Christmas he would open the presents that were under the tree.

“When I was a child, I remember very peaceful Christmases with my mother and grandparents, by the fireplace, imagining what gifts I would receive the next morning," he said.

Eventually, Franke married a Mexican woman, and his Christmas customs changed. In Mexico, the traditions are more religious, since Christmas is based on the celebration of the birth of the baby Jesus of Jerusalem, who is customarily put in a nativity scene in a manger and sung Posada.

Franke’s favorite part of celebrating Christmas with his wife’s Latino family, though, was the food.

“The best thing about Christmas in Mexico is tamales,” he said. “I also love that Mexicans are very good dancers.”

Mexicans usually get together with the whole family to eat tamales, menudo and buñuelos, and something very symbolic for Mexicans is breaking a piñata before midnight. The next day it is customary to eat what is left of the previous night’s meal, which is the well-known “Reheated.”

Another religious custom, not only for Mexicans but also for the people in most Latin American countries, is the famous Misa de Gallo, which consists of going to church for a midnight ceremony.

One immigrant from El Salvador, Elizabeth García, tells about the Christmas customs and traditions in her home country.

“My favorite tradition was to go to the beach the day after Good Night,” she said. “Speaking of food, my favorite Christmas dish is chicken tamales, which is something I’ve never gotten to try in the U.S.”

“For many faithful Salvadoran Catholics, Papachús is the tradition of placing the little figure that gives meaning to these parties at 12:00 at night,” Garcia said.

On December 24 at night, Salvadorans usually wear a special outfit. Dancing is a very fun and important part of their Christmas parties, and they cannot miss their Christmas hit, “La Bala,” among other cumbia songs.

But whatever the differences from country to country, the celebration of Christmas is still alive and well.