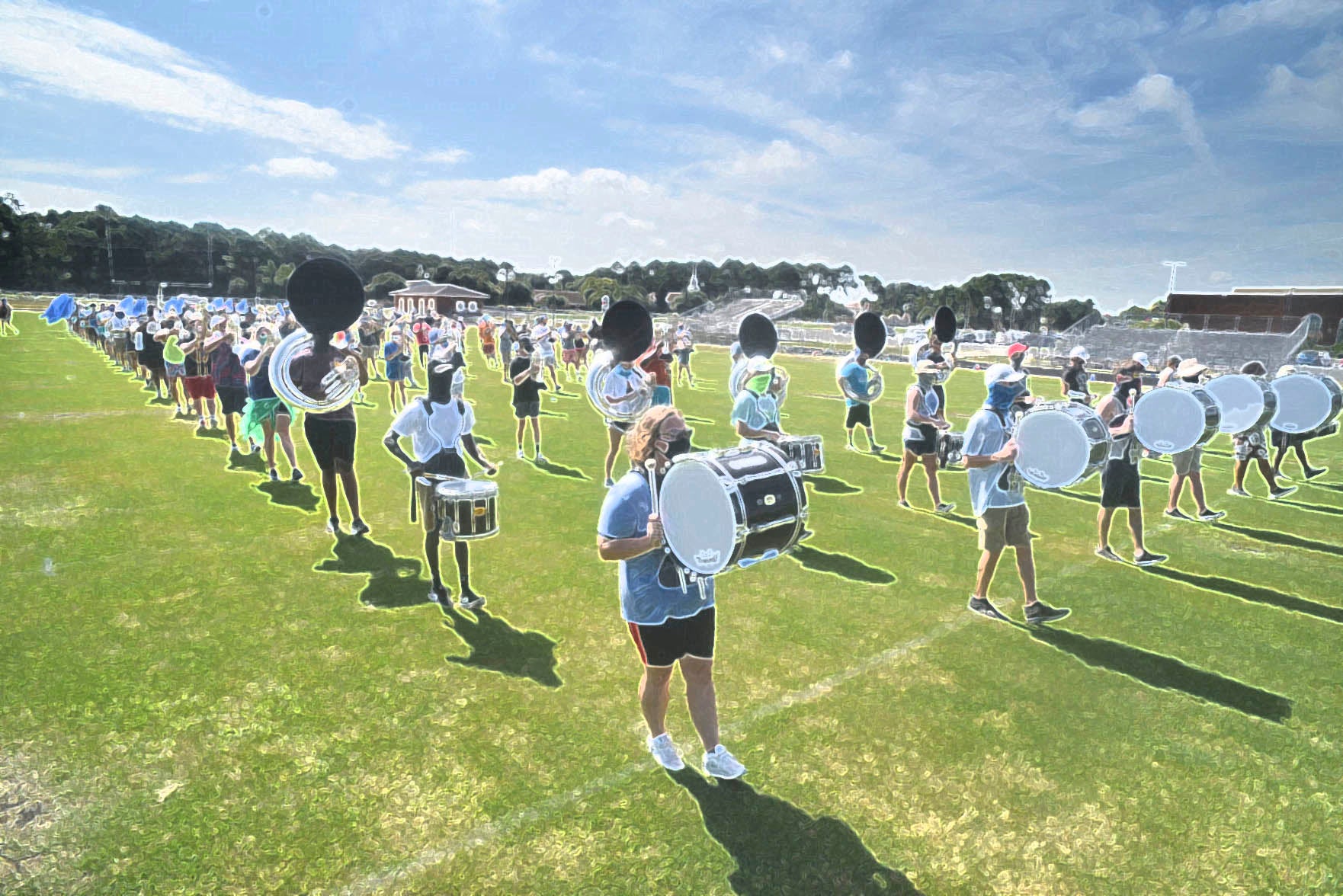 To play in Spain: Opportunity of a lifetime

The conductor raised his hand to grab the attention of the marching band members.

“Guys, we are playing the intro of ‘Cielito Lindo’ for the first half of the show,” said Martin Peralta, musical director of the Gadsden Elementary School District Marching Band.

After giving the instructions, he signaled to the drumline’s section leader to count the song.  The three counts made it easier for the rest of the members to play along in a fast tempo.

This was a great experience for the GESD Marching Band since they were representing their community from San Luis, Ariz., at the Cabalgata de los Reyes in Madrid, Spain.  The opening song, “Cielito Lindo” is famous in Mexican culture because it represents unity and optimism in the country.

The audience standing along the sidewalk loudly cheered as the band took a turn and went on top of the platform.

“They’re really young, yet they play exceptionally well,” a woman in the audience said.  “I heard that the youngest member of the band is nine years old.”

Peralta felt immensely pleased with his students.  He’d had mixed feelings because it was uncommon for a band from San Luis to perform on the other side of the world.  The song represented a part of him, and it brought tears to his eyes.

When the song was over, the presenter asked band director if he had a few words he wanted to share with his community and students.

“To my students, remember that dreams do come true if we work hard and believe that we are fully capable of accomplishing them,” Peralta said.  “And, to friends and family in San Luis, this historic moment was possible because of all your support, so thank you.”

He then raised his hands and signaled the band to follow him off the platform and across the street, where the same steps were repeated for another song.  The new version of “Uptown Funk,” by Bruno Mars, had the crowd bouncing up and down to the upbeat rhythm.  By the time the band marched its way to the final location of the parade, realized that he wanted to do this for the rest of his life.