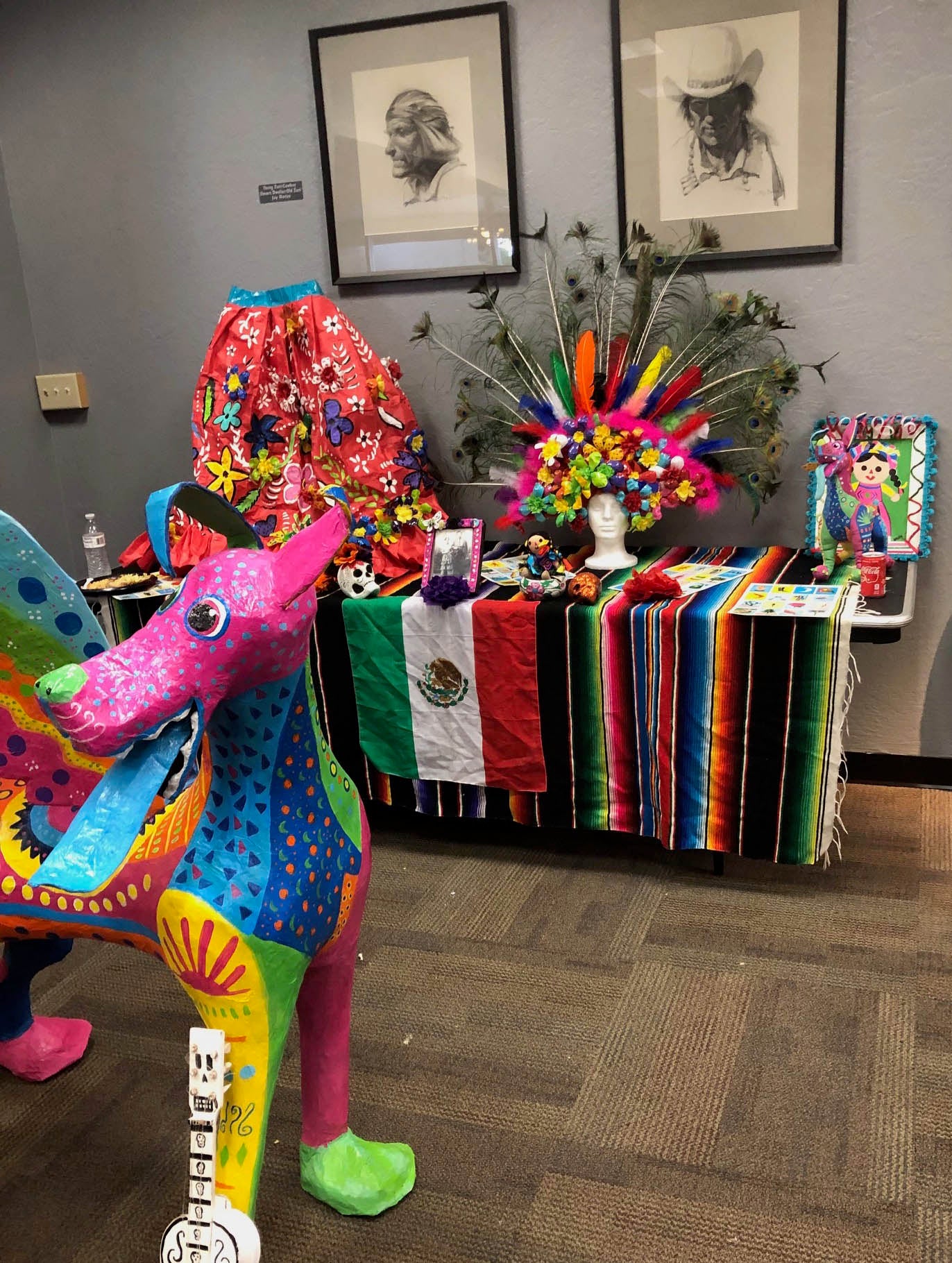 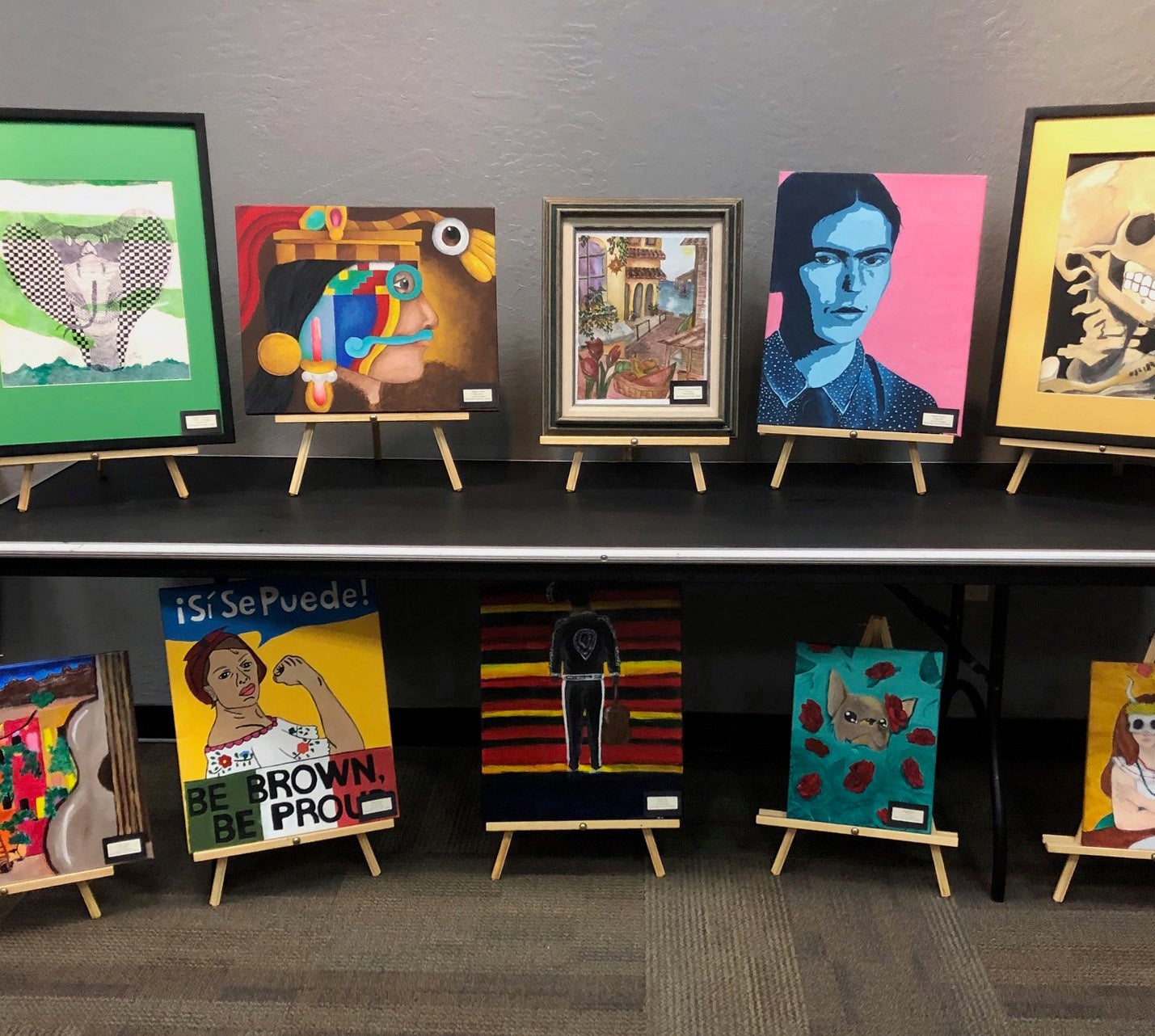 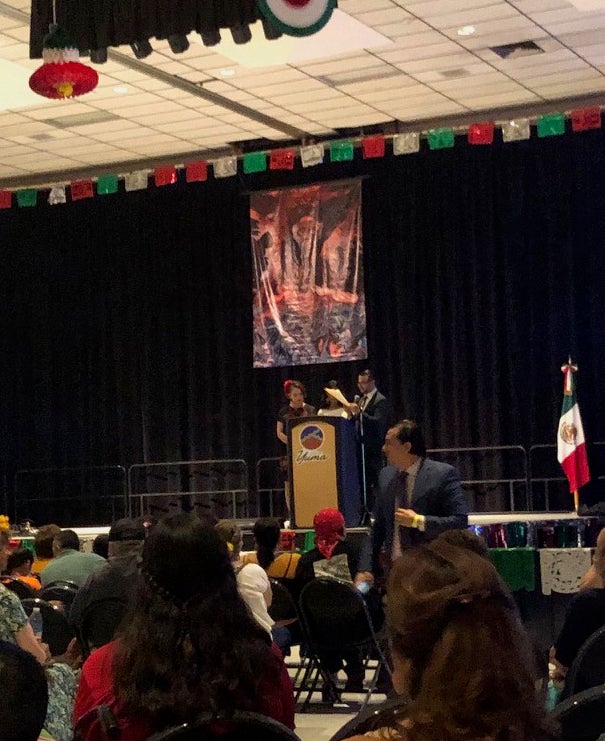 On Sept. 15, the day before Mexican Independence Day, the City of Yuma held a celebration, Fiestas Patrias, at the Yuma Civic Center. Mexican food and entertainment as well as various non-profit groups headlined the event.

The opening ceremony in the main auditorium included both the Mexican and American national anthem by two outstanding vocalists. Following the performances, spokesmen for the City of Yuma, including the Mayor Douglas J. Nicholls, spoke about the importance of Mexico and America’s relationship and how it benefits both sides.

“Tonight, is the best symbol of the way this region works together, partnering with the consulate,” Nicholls says. “To celebrate the independence of the great nation of Mexico is extremely important, not just for Mexico, but also for the Yuma area.”

Shortly after the mayor’s speech, a representative spoke on behalf of Arizona Governor Doug Ducey, reciting from a document written by the governor.

“The governments of Arizona and Mexico will continue to strengthen their bilateral relationship to benefit the development and well-being of their communities,” the representative read. “Therefore, I, Douglas A. Ducey, Governor of the State of Arizona, do hereby proclaim September 15 to October 15, 2019 as Hispanic Heritage Month and call upon the citizens of Arizona to celebrate the talents, culture and spirit of Hispanic heritage.”

As well as the ceremony, the venue also featured an gallery of paintings and sculptures representing Mexican culture. Most of the work in the gallery included paintings by Kofa High School art students and sculptures made from recycled goods by artist Mily Verdugo.

“I am an artist in recycled art. All my pieces are made of carton, paper, and plastic bottles,” said Verdugo. “I try to show people the importance of recycling and converting it into something like art.

“This event is very important to me as a Mexican Woman. Being able to showcase my art in a foreign country and show the positive things Mexicans can bring to the United States is very significant. We are not here to harm this foreign country, we are here to bring art, labor and do good things.”

Outside the Civic Center were several food trucks from local restaurants including, Mr. G’s, Taqueria El Medina and Del Taco. Other vendors were present selling roasted corn, ice cream, Kona ice and even alcohol at a mini bar. Kids could jump in a bounce house provided for entertainment as well.

Other groups were at the event to promote themselves including Sunset Community Health Center, the Yuma County Library, the Yuma Food Bank and Arizona Western College.

“We’re here to inform about the education AWC offers and scholarship opportunities available to people that attend the event,” said one AWC representative.