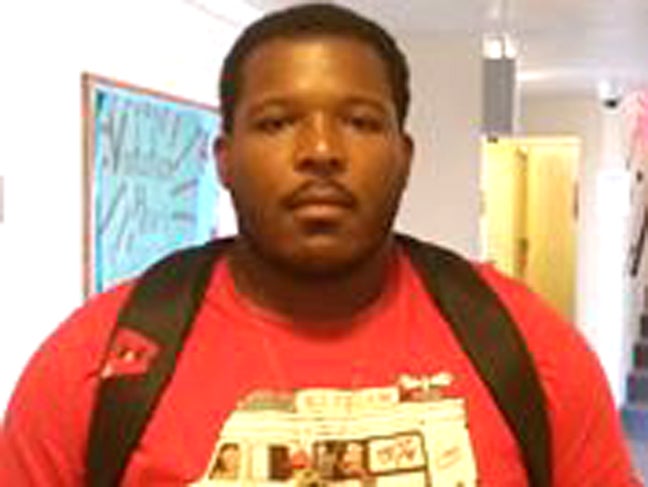 Working Their Way Up

How hard is it for a football player who plays for a community college to join a Division 1 football program? The idea seems unrealistic, at times even impossible. But the possibility is there.

Normally, players seeking to play for a Division 1 program start their journey from high school. They begin on varsity and attract the attention of top college programs from there. But what about when it doesn't happen that way?

There are some cases where players who weren't initially recruited for Division 1 get a chance to play at the junior college (JUCO) level as a second chance to prove their worth. Whether it is due to questions about their athletic talent, academic difficulties or even personal reasons, many players take the JUCO route.

Two such players are fullback Ronald "Prince" Ratcliff II and long snapper Jose "Pepe" Romero. Ratcliff currently plays for the Arizona Western College Matadors, and Romero is in a tryout session at the University of Arizona, Tucson Campus. These two players had different roads, yet their goals are similar.

Ratcliff initially played all four years of varsity. He started as a fullback in his freshman year and then switched to guard from his sophomore until his senior season.

"I had (offers) from West Point, Miami (Ohio) and Akron," Ratcliff said. "But I joined the military, so I didn't go to college right after high school."

After returning from military service, Ratcliff recalls that he was told, "You were out for a few years, so go through the JUCO route, then we'll see if you still have it."

Romero, a graduate from Mountain Pointe High School in Ahwatukee, Ariz., had the chance to play as both long snapper and third-string backup quarterback.

"I played varsity since my junior year," Romero said. "I first played QB but ended up playing LS because my team needed one after the starter got injured. After that I started for the last two seasons of my (high school) career."

Not recruited by any major schools, Romero attended Arizona State University his freshman year in an attempt to get signed as a walk on recruit. That never occurred, even after multiple attempts with coaches at the University.

After multiple tryouts with local junior colleges, Romero was left with no choice than to sign with Glendale Community College on a half scholarship as a long snapper, much to his disliking.

"I extremely believed that my career was over. It was the most terrifying moment of my life," says Romero. "Life turns sometimes though, and I got my shot with Glendale."

Facing the decision of pursuing an education or perhaps a football career, both players made their choice; they would keep at it in football. Neither took the JUCO experience as something bad.

"A lot of great athletes came from the JUCO level," says Ratcliff. "It's just like another year of high school except with better athletes."

In the spring of 2014, Ratcliff has begun attending AWC and looks forward to a great season with the Matadors.

"The JUCO route in my opinion is better. They help you prepare for the next level; plus it is cheaper," says Romero. "I really enjoyed going to JUCO first. Plus my opportunity increased for a D1 (program)."

After years of hard work, late nights of workouts and countless hours of study, these two men have shown the necessary resilience to be playing at such a level. Our boys aren't done yet, but they both say it's still too soon to think that far ahead.

"(I have) no idea, but that's not important right now," says Romero.

At the moment, Ratcliff is the fullback for the Matadors and is ready to start the season.

Romero is in a tryout period at UofA. When asked about the possibility of making the team, he says, "I'll work just as hard and make my team proud."