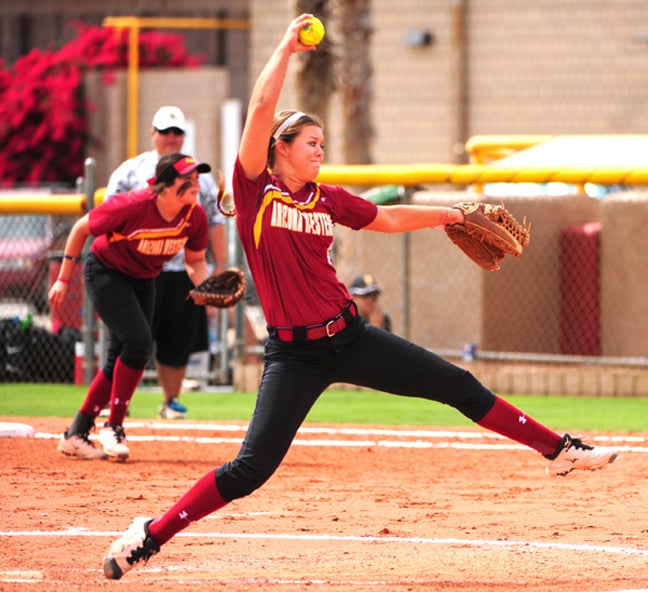 Diamonds are a girl's best friend

There can only be one #1 team, and the Lady Matador's Softball team has been running hard and turning left all season. Their long list of wins is piling up as they prepare to take on the remaining season games.

"We want to be in first place at the end so we can host the regional tournament," says Head Coach Nikki Bethurum.

The team has been working hard all season, and their hard work is paying off.

"We're playing really good softball and staying competitive even in some of these tough games," Bethurum adds. "We've been hitting the ball well so that's helped out a lot."

Sophomore pitcher Hayley Miller says the team's chemistry has given them a big advantage this season.

"It's easy to play with a team so close and talented," Miller says. "We are a family."

According to Miller, the team has been overcoming obstacles and playing strong ball, and this season is very different from last year.

"We have more confidence, and we always come back if we're down early on," she says. "I think we struggled with that a bit last year."

Like their head coach, the whole team has big hopes for their remaining season games. They hope to not only win the conference and host the regionals but also win regionals and continue their triumphant journey at the NJCAA championships in St. George, Utah.

The team has more games ahead of them and more victories to come as their season continues. Everyone is invited to attend the games, which are free to the public, and their schedule is posted on the Matador Athletics page.