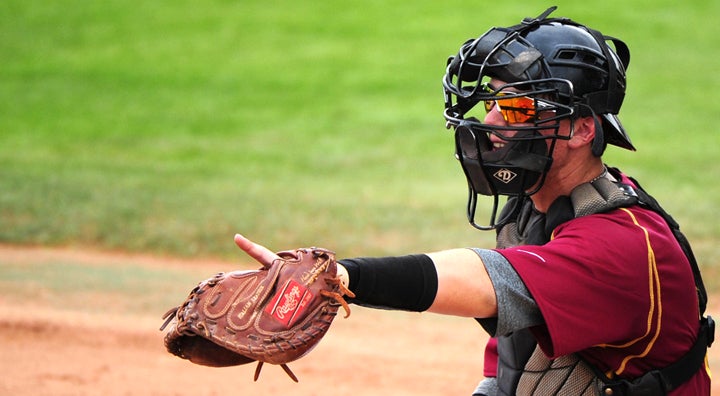 Matadors looking for a spark

Matadors Head Coach, Drew Keehn, sat in the dugout during practice on pleasant March afternoon talking to one of his pitchers about sore arm.

"How does it feel?" asked Keehn. "It feels good," the player responded, trying to inspire some confidence in the coach. "Is it still sore?" Keehn prodded. "I can still feel it a little in the back of my shoulder," admitted the player.

"Well, you're going to have to let me know how it's going because I can't get inside your arm figure it out," Keehn said.

After a rough start to conference play, Keehn would love to get inside some of the player's arms and figure out what's holding the team back.

Keehn guided the Mats to the Region I playoffs in 2012, his first year as head coach, and also won Region I coach of the year honors. Then, last season, there was a little drop off as the team finished .500 in the conference and 33-24 overall.

This season, a 14-10 overall mark is doing its best to hide a disappointing 4-8 conference record to start. There is no doubt, however, that these Matadors have plenty of talent and are just looking for some consistency. "We're trying to turn it around. Trying to get the ship righted a little bit," Keehn said.

Returning sophomores, Travis Garcia-Perreira and Brandon Anderson, have been two of the bright spots on a team looking to get some traction as they approach the midway point of the season.

Anderson, from Cheyenne, WY, is leading the team in innings pitched and strikeouts and has been a workhorse for the Mats during his time at AWC.

Garcia-Perreira, a pitcher and outfielder from Aiea, Hawaii, is also having a strong season. One of the team leaders in ERA, he also is having a great year from the plate. Garcia-Perreira has also signed a letter of intent to play for Grand Canyon University next season.

Another sophomore, Jose Rosales-Rodarte, who came to AWC from Las Vegas, signed a letter of intent to play next season at Dixie State University in St. George, Utah.

Leading the team in hitting is local phenom, Irving Lopez. Coming over from Gila Ridge High School, the infielder leads the Matadors in batting average and total bases.

The anchor behind the plate has been sophomore, Beau Cebulski. A native of Las Animas, CO, Cebulski provides a live bat and is as steady as they come. "Cebulski pretty much plays both ends of a double-header and is pretty good back there," said Keehn.

A nice surprise has been the play of freshman utility man, Anthony Aguila. One of the team leaders in RBI and average, the Highland, CA, native has had a nice rookie campaign.

The players have the ability, now it's just a matter of getting everything moving in the right direction. With more than 20 conference games remaining, there's plenty of time to get back in the race.

Coach Keehn knows it's not too late, but he also knows that some players are going to have to step up. "We have to figure out where we're deficient and what we need to do collectively to get this thing moving in the right direction," Keehn said.