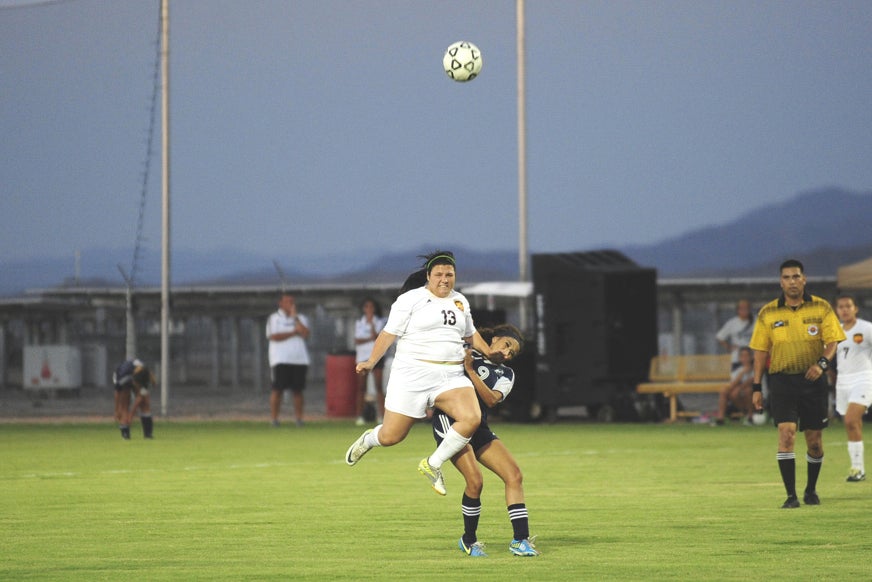 With its 50-year anniversary, 2013 has been a milestone for Arizona Western College. But the College is on the map for another reason this year with the addition of Women's Soccer to the list of its illustrious sports teams.

"I'm not at all surprised that the team is good," he added. "I think other people are more surprised than we are."

However, the Athletic Department found out the hard way that this new accomplishment comes with a new trial. For the Lady Matadors to become a part of the women's soccer conference a contract had to be submitted by the first fall meeting, and the funds for the team didn't officially become available for the school to use until after the deadline.

Because the contract was submitted past the due date for conference affiliation, it was sent around to the various colleges in the Conference to vote on whether or not AWC should ve included in the 2013 season. AWC fell just short of the two-thirds majority of votes needed for approval.

The team was still placed on other schools schedules, but each school had the choice of whether or not to play them since it didn't count towards the playoffs.

Since AWC is a member of NJCAA, the Lady Matadors are still eligible to get into the playoffs, but they have win at least half their games, and no matter how well they do in their season they can only receive 5th through 8th seed in the playoff tournament.

So far the women's team is staying well above the 500 mark, and they seem to be improving with each game.

"I expect the women's team to keep getting better and better," Smith said.

Smith and Kenny Dale, head soccer coach, first proposed the idea of Women's soccer in 2007. AWC had planned on making the team official as soon as possible. But, because of budget constraints and a problem with a lack of facilities for two soccer teams, the College had to keep pushing it back. Finally February brought great change as the District Governing Board approved the building of the new soccer field east of the gym, and the funds were officially made available.

"The Women's team will mostly impact the girls in the community who love the game," Dale said. "Now they have a place to stay at home and play instead of going out of town."

As the season progresses, the Lady Matadors inch closer and closer to a chance to play in their first playoff tournament, and the future keeps looking brighter for the brand new team.