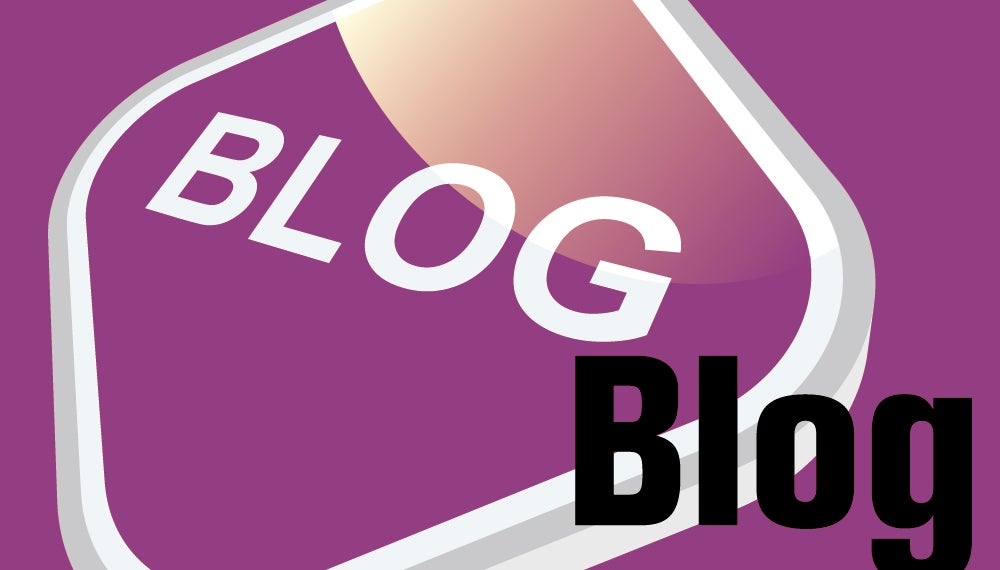 Blogs from behind the curtain

Western Voice is pleased to present four short blogs from this semesters reporters about their personal experiences.

The world in a marble

Someone should have predicted the kind of person I would grow up to be by the way I played marbles.

It probably comes as a surprise that marbles could be life-defining. But, of all the experiences that I choose to engage in when I was young, this one stands out.

Sixth grade is the time in life when society starts expecting certain actions from us based on our gender. It is supposed that girls will play jacks and boys will play marbles.

To tell the truth, I played marbles and enjoyed it, too. But then, I played all the games that allow both sexes to participate, like tetherball and volleyball. But, you can only play those games for so long before they become boring.

Marbles appealed to me on many levels. First, there was the artistic side. Marbles come in the most wonderful colors and designs. You can look down inside and find little worlds of swirls and colors. Some marbles have smooth textures, some have rough pitted surfaces. Some are heavier than others and some seem better balanced.

Sometimes a marble will surprise you, too. It may look dull and lifeless, but it could be the sweetest shooter in your bag. That taught me a life lesson about not judging by appearance.

Then, there were the marbles that I would become attached to, like friends. The problem here is that playing marbles is like politics. You have to risk losing some to win in the long run. Life lesson number two.

It helps to not become attached to the ones you win. They are like pawns in a chess match. You put them out there knowing that you will lose some. In order to win you have to pull out your best shooter and just go for it. Lesson number three -- be willing to let go of unnecessary things in life that don't work toward your greater good.

Life lesson number four, you have to fight for what you want. Marbles is a battle in itself. I loved drawing the circle in the dirt. But, once you step over that line there's no going back. Once you knuckle down to the line you are committed.

I loved the concentration and the determination in a good marble game. Unlike in jacks, where there's a lot of laughing and giggling going on, marbles is serious. In Jacks, the winner gives back the jacks to the owner at the end of the game. In Marbles, the winner keeps the ones knocked out of the circle. This is game for keeps. Just like life.

I could beat all the guys at marbles. I found that I could win the marbles that I coveted and increase my wealth. This was the time and place that I discovered I could have some control over my life. Even if I was a girl, I did not have to limit my goals and aspirations, and YES, I could fight and win.

Having a long-distance relationship is difficult. Kory goes off to a university three hours away for nine months out of the year. So, I treasure Saturday nights when Kory is in town because we watch a movie at his house and then he walks me to my car. That's when I bring up the shovel.

People who have taken astronomy would call me crazy, including Kory who took it just last semester. Astronomers study all of the stars in the sky, group them and name them. Most people are familiar with the Big Dipper or Orion, but I see more than that when I look up into the night sky.

Several months ago, after Kory had walked me to my car, I looked up at the stars.

"What are you looking at?" Kory said.

"The shovel up there," I replied.

"There's no shovel up there, babe," he said.

"Yes, there is! It's right there," I said pointing at the collection of stars.

As I held my arm up pointing at the stars, he wrapped his arms around my waist from behind me and I felt an instant warmth that could never be accomplished by a heater or sweater. It was the warmth of love. He knew there wasn't a shovel in the sky, but he didn't care. Kory just smiled, holding me tight, before I would go home and not see him again until his next visit.

He leaned against my car, and I against him, staring up at the sky for what I wished was forever. When I had to let go, it was as if a huge brush of cold wind came across my body and I just wanted to go back into his arms.

Now, every time he comes home and walks me to my car at night, I bring up the shovel, just hoping he will wrap his arms around me once again to gain the warmth I desperately miss when he is not around.

I seriously doubt they will take my writings on any of those creative-writing web sites, being that the two main topics you see there are sex and death. It's not that those subjects don't interest me; I'm just not in the frame of mind to write about either one right now.

I was notified at the last minute that my husband's squadron Christmas Party is tonight. So, all that's on my agenda for the evening is to dye these stupid gray hairs on my head and to finish my final assignment for writing class. Sex and death are about the last thing on my mind.

However, at a Marine Corps Christmas party sex is mentioned, implied and joked about at every roundtable discussion. They are always wanting to, trying to have or else lying about having sex.

It seems that, the closer to death the men come, the more they want to talk about it. It is some kind of mystical phenomenon. Not only do they talk about their narrow escapes, the death of the enemy, the smell of death and how to make someone die; they must use sound effects as well.

"Then Barker ran out in front and --PHFFFFFFFFTTTT, right into the groin!"

"We were running serpentine all the way down, between the tents, and we heard Chick Chick POW -- cracked his melon right open! You could hear it!"

You see, the guys are all leaving in January, so the only things on their mind are sex and death. (I am just happy they don't talk in sound effects regarding sex.)

Sex, death, sex, death. Not exactly what I had planned to discuss at the "company" Christmas party, but after fifteen years, or so, I should know by now that these are the only two topics discussed before deployment.

Well, we made it through yet another pre-deployment Christmas Party. It was the same party with the same gay santa, the same trampy wives who make it known to everyone that they'll be sending out naked pictures of themselves (just not to their own husbands), the same blank faces, the same crying pre-deployment babies, the same death talk, the same sex talk, and the same fake handshakes with fake "Just call me if you need anything, anything at all." It was just different faces.

We did it, we made it. Now I can continue with my final essay. But, all I can think to write about are sex and death.

You know those fake-looking Christmas cards with the old Victorian-style houses, the horses pulling the sleighs through the snow and everyone out skating on a nearby pond? They are not so fake.

Growing up on a small Iowa farm, these were familiar scenes from my childhood. In the small English community where I lived there are more Victorian style houses than not. Our house was one of them, now exactly 111 years old, sitting on a main highway a few miles from town.

Our Christmas gathering consisted of great-grandpas and grandmas, grandpas, grandmas, great aunts and uncles, aunts and uncles, as well as first, second and third cousins. Friends without family were also invited and even neighbors who came to enjoy all the action packed fun. There were usually close to a hundred people at every alcohol-free, yet wildly fun family event.

My mom was always in charge of the food and decorations which were pretty much the same then as they are now except we used real china and silver rather than paper and plastic. But, my dad was in charge of the activities and those were nothing like today's holiday activities.

For example, one year my Dad decided to get all of us kids (there were seven of us) some ice skates for Christmas. We had a pond that we would go sledding and skating on behind the house, but Dad built a homemade skating rink in our front yard out of old railroad ties and black plastic. We spent the next several months sharing our skates with cousins and neighbors and watched them as we ate homemade cookies and cocoa.

We also stored "Santa's sleigh" in the barn (my Dad actually traded it for labor, I found out years later, along with a whole library full of children's books.) He bought a horse that would pull it for $100 and hooked him up. We rode that horse and sleigh for many, many hours over the winters around the farm and down the dirt road on the border of the farm. If we were having a green Christmas, Dad built a wheeled buggy out of scrap lumber that we could ride. (We spent many hours on that in the summer, too.)

One summer my Dad built an 18-hole miniature golf course out of scrap lumber and concrete. He set up tables under the shade tree near the ëkitty house' so, in the warmer weather, we even had a couple of family dinners on the golf course, playing holes between bites. (This was a side-line business.)

If it was really nasty outside we would play games with the adults, sing Christmas carols and/or just listen to Great grandpa or grandma tell about their exciting experiences pulling covered wagons across the prairie to settle in new territories (yes, I'm old enough to have listened to that!)

But, no matter what we were doing, we always HAD to stop, gather around, and open gifts. Opening gifts was not top on OUR priority list.

I realize now how blessed I was. I always thought EVERYONE celebrated the holidays like we did. We weren't wealthy by any means, but my parents knew how to make us happy without spending a lot on frivolous toys that would be tossed aside in a matter of days.

Today, the holidays seem to be all about the food, decorations, and expensive gift giving. If by some rare chance we all happen to be at the same place at the same time, the younger generations seem to miss the point as they immediately toss aside anything that cost less than $50. When we plan family activities after the big dinners, they scatter.

Christmas isn't about the gifts, decorations or food. It doesn't even matter who you spend it with, what you do after dinner or even if you have a cute wintery scene as a backdrop. Those are just commodities hopefully leading toward the objective.

The point is, Christmas is about spreading love and peace to all man kind, not just for Christmas, but throughout the whole year. It's about creating moments in other peoples lives that have a rippling effect of goodwill and contentment that never dies. That is what you see on those fake-looking cards. Take it from one who rode the sleigh much more than a mile through those snowy tracks.